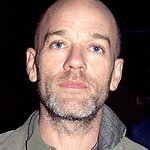 Here’s your chance to take part in a fantastic online auction to benefit New York Cares and its Hurricane Sandy relief efforts.

Digital agency, Createthe Group is launching an auction called Re/Create New York on January 11th. Musicians, actors and designers are participating in an auction by donating items and memorabilia.

RE/CREATE is a new charitable platform for creators to give back, launched as a non-for-profit division of CREATETHE GROUP. For the inaugural launch, they are helping with the ongoing Hurricane Sandy relief and rebuilding efforts. They have rallied prominent creators to donate personal, one-of-a-kind items for auction. They have also asked their creators to curate a playlist for your entertainment. 100% of proceeds from your bids and donations will support the Hurricane Sandy relief efforts of New York Cares.

To find out about the items going under the hammer, and make a bid, click here.