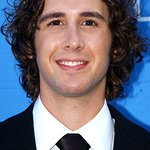 In a wide-ranging season that features opera, theatre, comedy, dance, symphony, international and contemporary music, Wolf Trap continues to strengthen its commitment to the presentation of high quality, accessible and affordable arts experiences for the broadest possible audience. Tickets to the newly announced shows go on sale Saturday, March 16 at 10 am, with more performances to be announced later this spring.

From May through September, the Filene Center stage will come alive almost every night with performances by top-quality artists and touring acts making their way to Northern Virginia for memorable evenings under the stars. The folk acts in place for the upcoming season include acclaimed folk-rock duo Indigo Girls, in a co-bill with singer and GRAMMY Lifetime Achievement Award recipient Joan Baez; the 50 Years on the Carefree Highway Tour with Canadian folk legend Gordon Lightfoot; and folk icons Don McLean and Judy Collins. The diverse rock ‘n’ roll line-up to date features GRAMMY Award winner and international Latin superstar Juanes; all-female rock pioneers The Go-Go’s; celebrated pop-rockers the Doobie Brothers; ’80s chart-toppers Huey Lewis & The News; Mexican-American roots-rock bands Los Lobos and Los Lonely Boys; and a stream of popular hits with GRAMMY winner Pat Benatar, Neil Giraldo, and Cheap Trick. Other notable performances include a showcase of unparalleled guitar skills by Peter Frampton and BB King; and the vocal and instrumental talents of Ian Anderson in his classic progressive masterpiece and its sequel Thick as a Brick 1 & 2.

Newly announced performances pairing imagery with live music are Frozen Planet in Concert, a visual and musical exploration of the Earth’s great frozen wilderness led by composer and conductor George Fenton ; and America the Beautiful, including " Ansel Adams : America," composed by Chris and Dave Brubeck and featuring over a hundred striking images of or by Ansel Adams.

Wolf Trap Opera Company Presents Finest Emerging Talent in Three New Productions
The GRAMMY-nominated, nationally acclaimed Wolf Trap Opera Company will showcase the exceptional talent of its Filene Young Artists in three full-length opera productions as part of the summer schedule. The 2013 repertoire will include Verdi’s La traviata with the National Symphony Orchestra at the Filene Center and Rossini’s The Journey to Reims and Verdi’s Falstaff at The Barns at Wolf Trap.

In addition, the Filene Young Artists and Studio Artists will offer recitals and concerts, including two performances of Wonders To Wander To: Songs and Stories of Faraway Lands, with Steven Blier , and Aria Jukebox, both held at The Barns at Wolf Trap; and Vocal Colors, in the Music Room of The Phillips Collection in Washington, D.C.

Tickets for Wolf Trap’s 2013 performances can be purchased online at www.wolftrap.org, by phone at 1(877)WOLFTRAP, or at the Wolf Trap Box Office located at Wolf Trap National Park for the Performing Arts at 1551 Trap Road, Vienna, Virginia. For more information, please call Wolf Trap at (703) 255-1868.

Wolf Trap Foundation for the Performing Arts, a 501©(3) nonprofit, founded by Catherine Filene Shouse (1896-1994), produces and presents a full range of performance and education programs in the Greater Washington area, as well as nationally and internationally. Wolf Trap features three performance venues, the outdoor Filene Center and Children’s Theatre-in-the-Woods, both located at Wolf Trap National Park for the Performing Arts, and The Barns at Wolf Trap, located down the road from the national park and adjacent to the Center for Education at Wolf Trap. The 7,028-seat Filene Center is operated in partnership with the National Park Service and annually showcases an extensive array of diverse artists, ranging from pop, country, folk, and blues to classical music, dance, and theatre, as well as multimedia presentations, from May through September. The Barns is operated by the Foundation year round, and during the summer months is home to the GRAMMY-nominated Wolf Trap Opera Company, one of America’s outstanding resident ensemble programs for young opera singers. Wolf Trap’s education programs include the nationally acclaimed Wolf Trap Institute for Early Learning Through the Arts, Children’s Theatre-in-the-Woods, a diverse array of arts education classes, grants, and a nationally recognized internship program that was included in Bloomberg BusinessWeek’s 2009 List of “Best Places to Intern.” As part of its ongoing commitment to protect and preserve the environment, Wolf Trap offers metro access and is a founding member of the Green Music Group.