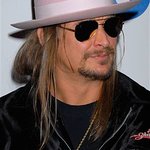 On May 18, multi-platinum recording artist Kid Rock will bring his Rebel Soul Tour to Mandalay Bay in Las Vegas to headline the 15th annual Tiger Jam.

“Kid Rock is a great performer. We welcomed him to the Tiger Jam stage a few years ago, and we’re excited he’ll be back to headline our 15th Tiger Jam,” Woods said. “This event is so important to my foundation, helping us grow our programs and provide even more young people with the chance to attend college.”

Over the course of his career Kid Rock has sold more than 26 million albums and reached the highest levels of rock superstardom. The consummate showman, he has performed on the world’s biggest stages and at the most prestigious awards shows. He is an ardent supporter of the U.S. troops both home and abroad, and also supports causes close to his hometown of Detroit through his Kid Rock Foundation. His ninth studio album, “Rebel Soul,” was released last November. Kid Rock previously performed at Tiger Jam in 2001, making an appearance on stage with John Mellencamp.

The 2013 Tiger Jam will kick off Friday, May 17, when poker legend Phil Hellmuth teams up with Woods to host Poker Night. For a $10,000 buy-in, participants will join Woods, Hellmuth, Poker Hall of Famer Doyle Brunson and other of the game’s greats for an exclusive night of poker followed by a Pre-Jam Party at Moorea Beach Club at Mandalay Bay. Tournament prizes include a package to attend the Masters, a round of golf with Tiger Woods, Pro-Am playing spots in premier PGA TOUR events and other unique items.

Prior to Saturday evening’s live concert, guests can participate in a morning golf outing at Cascata Golf Course before starting the night with a VIP reception at Mandalay Bay. This exclusive pre-concert party will feature gourmet food and spirits as well as live and silent auctions filled with luxury items. Following a rocking performance from Kid Rock at the Events Center, the night will conclude with a post-concert party at House of Blues.

A variety of VIP packages are available to attend this one-of-a-kind charity concert event and experience a fun weekend in Vegas. For more information on 2013 Tiger Jam opportunities or to attend the dinner and auction, call (949) 725-3003.

Against the backdrop of an urgent climate crisis, Farm Aid 2022 highlighted both the ways that family farmers in North Carolina, the Southeast and across the country are impacted by this crisis and the positive ways in which they are addressing it―sequestering carbon and decreasing greenhouse gas emissions. More →