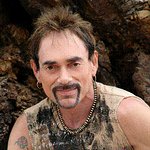 Andy Fraser is best known as a former member of the band Free.

“Being an AIDS, cancer survivor, I feel I have been down to the bottom, where there was nothing left. Fame, fortune, friends, even doctors, lost all value. So what is left. Simply Faith in God. Every day since I regard as a bonus. I really have been so blessed in life, like ‘Someone was watching over me’, that it just behooves me to try and give back. If only to be there in spirit for others.”

Andy Fraser has a unique place in the canon of rock ‘n’ roll. In the late 1960’s, under the tutelage of Alexis Korner and John Mayall – both “Godfather’s” of the British blues scene, Fraser – a classically trained pianist – revolutionized the art of bass playing by harnessing the raw energy of the blues, re-energizing it with a hard rock edge for a new generation of listeners.

As a founding member of the seminal group, Free, Fraser helped to draft the blueprint for, and was one of the chief architects of, the blues-rock style that influenced the likes of Led Zeppelin, Foreigner and Foghat.

With Free, Fraser wrote and produced some of their most groundbreaking and best-loved songs, including the worldwide hit, “All Right Now,” recently honored with BMI’s “Million-Air” award for passing 3 million radio/television plays in the U.S., making it one of the most enduring classics of the rock ’n roll era.

A tireless creator and a perfectionist with an eye and ear for detail, Fraser has written a substantial body of works including Robert Palmer’s mega-hit “Every Kinda People.” His songs have been recorded by Joe Cocker, Chaka Khan, Rod Stewart, Three Dog Night, Etta James and Bob Seger among others. Fraser has also helmed several post- Free bands, notably Shark and the Andy Fraser Band, and has released several solo works, including the albums, Fine, Fine Line and Naked…and Finally Free.

A survivor of both cancer and AIDS, Fraser is a strong social activist and defender of individual human rights.

Fraser’s latest anthem is “This is the Big One,” a powerful song about global warming and its devastating effects on the earth.

From his forthcoming album, On Assignment, “This is the Big One” is perhaps the most galvanizing lyrical work of his career. With a driving rock beat, haunting vocals, and virtuoso slide work from one of music industry’s best female guitarists, Kat Dyson (Prince and The New Power Generation), the track harkens back to the days when music carried messages that entered the social consciousness and helped to spark change.

Couple “This is The Big One” with a video filled with stunning imagery by filmmaker Eric Donaldson, and you have an undeniable message and cause for the people of the world to rally around and work together on – regardless of economic status or political persuasion – to find solutions.

Andy Fraser has supported the following charities listed on this site:

Google trends for "Andy Fraser"
Available to Insiders only
Get Insider Access to these insights & more...

You can contact Andy Fraser using details from this service. (Or read our advice on how to contact celebrities)

We don't have any news stories about Andy Fraser.

We don't have any videos related to Andy Fraser.