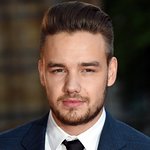 Liam Payne’s music has been streamed over two billion times to date.

Upon singing to Capitol Records UK in 2016, he released his debut single ‘Strip That Down’ featuring Quavo. The single was a worldwide hit, topping the US charts and has since totalled over 10 million sales across the globe. It is certified Platinum in five countries including the UK and USA, and was one of the biggest selling singles of 2017, as well as the biggest selling solo single from any current member of One Direction.

He has since collaborated with some of the hottest acts of the pop music world today, including superstar DJ/producer Zedd on ‘Get Low’ and more recently J Balvin, the Latin American megastar who joined Liam for the hit single ‘Familiar’. The track spent 16 weeks on the UK singles charts and has been streamed over 110 million times on Spotify alone, and was named Choice Latin Song for Liam at this year’s Teen Choice Awards.

Earlier this year, Liam released his duet with Rita Ora, ‘For You’ – UK top ten hit which spent 17 weeks on the UK singles chart and featured on the Fifty Shades Freed official soundtrack.

In August of this year, Liam released his debut EP ‘First Time’. The 4-track release includes the lead single and title track which features French Montana. The EP was met with widespread excitement and acclaim, with the Daily Star remarking: “Some of his most emotive and passionate music yet…certainly worth the wait” in their 5-star review of the EP.

More music will be released from Liam in due course – he is currently in the studio putting the final touches to his debut album.

Liam Payne has supported the following charities listed on this site:

Activity
Social reach
Google trends for "Liam Payne"
Available to Insiders only
Get Insider Access to these insights & more...

You can contact Liam Payne using details from this service. (Or read our advice on how to contact celebrities)

Pupils at John Bramston Primary School were in for a surprise when Liam Payne and Sir Mo Farah walked through the doors on Monday 16 May to take part in their Soccer Aid Schools Challenge. More →

We don't have any videos related to Liam Payne.