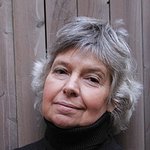 Robin Morgan is a best-selling author, political theorist, activist, journalist and award-winning poet. She hosted her first radio show, The Robin Morgan Show, at age 5; then at age 8 became a television star on the hit CBS series Mama. Leaving show business in her teens, Morgan became a serious writer, publishing so far more than 20 books, including the now classic anthologies: Sisterhood Is Powerful, Sisterhood Is Global, and Sisterhood Is Forever; her best-selling The Demon Lover: The Roots of Terrorism; her recent novel The Burning Time; and her latest nonfiction work, Fighting Words: A Tool Kit for Combating the Religious Right.

She has appeared on “MSNBC’s Andrea Mitchell Reports” and “Jansing & Co.,” “The Charlie Rose Show,” “NBC News,” “C-SPAN,” “Good Morning America,” “The Today Show,” “CBS This Morning,” “The Tonight Show,” “Larry King Live” and numerous other programs around the world.

In 2005, she co-founded The Women’s Media Center with Jane Fonda and Gloria Steinem to make women and girls visible and powerful in the media through strategic programs that transform the media landscape, and that include media training, media monitoring and activism, media reports, media programs, an expert database and special initiatives.

Google trends for "Robin Morgan"
Available to Insiders only
Get Insider Access to these insights & more...

You can contact Robin Morgan using details from this service. (Or read our advice on how to contact celebrities) 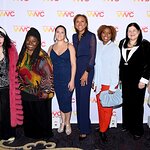 Jane Fonda, Robin Morgan, and Gloria Steinem — the Co-Founders of The WOMEN’S MEDIA CENTER — announce the honorees for the 2022 Women’s Media Awards, to be held on Thursday, November 17th, at the Mandarin Oriental in New York City. More →

We don't have any videos related to Robin Morgan.