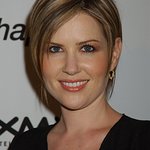 British singer Dido and other acclaimed musicians from around the world took part in the recent tribute in Geneva to this year’s Nansen Refugee Award winner, Congolese nun Angélique Namaika, as other celebrities used social media to praise the laureate and highlight her work.

The Nansen Refugee Award honours extraordinary service to the forcibly displaced. Sister Angélique Namaika, a 46-year-old Roman Catholic nun, was recognized for her key role in helping more than 2,000 women who had been victims of the rebel Lord’s Resistance Army in and around the remote town of Dungu in north-east Democratic Republic of the Congo.

Most had been forcibly displaced and suffered abuse, including rape. Through her Centre for Reintegration and Development, the Sister helped them recover from trauma, learn a trade and become self-sufficient.

Global star Dido said it was an honour to meet and play for the Nansen Award winner. “Many of the women Sister Angélique helps have been through the most appalling abuse and to do what she does with so little is humbling,” she said. The women and girls who come to Sister Angélique tell her stories of abduction, forced labour, beatings, murder, rape and other human rights abuses.

Amadou and Mariam also had high praise for the winner. “So many families have suffered because of violence in DR Congo and it was an honour to perform for someone who has helped so many vulnerable women and girls. A great evening,” they said in a statement.

Malaysian singer-songwriter Yuna, who is making a global name for herself, said she was “deeply proud” to have performed at the 2013 Nansen presentation ceremony. “It was a privilege to be part of the ceremony that honours the extraordinary humanitarian work of individuals helping refugees.”

UNHCR Special Envoy Angelina Jolie issued a special message to honour the Nansen laureate: “I warmly congratulate Sister Angélique Namaika, this year’s Nansen Refugee Award laureate, for her outstanding and truly inspiring work to support vulnerable displaced women and children in the Democratic Republic of the Congo. The Nansen Refugee Award recognizes her extraordinary contribution and the manner in which she has positively impacted the lives of thousands of displaced people in the DRC. Sister Angélique’s work can also help to draw attention to the devastating effects of rape and sexual violence and the need for justice and help for survivors.”