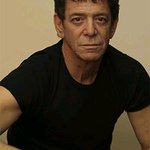 Rock pioneer Lou Reed has passed away, leaving a huge void in music and philanthropy.

The singer/songwriter and guitarist shot to fame with The Velvet Underground in the 1960s – a band that spawned a solo career unequaled for its uniqueness.

Reed wasn’t afraid to use his art as a platform to raise awareness of the issues he held close to his heart, including human rights, AIDS and politics. He took part in Amnesty International's A Conspiracy of Hope tour in 1986, and was part of Farm Aid's first concert in 1985. He later became involved in the Jazz Foundation of America, performing at the A Night In Harlem concert in 2011.

Reed also supported amfAR, attending the organization’s New York Gala, as well as Alicia Keys' Keep A Child Alive, performing at the iconic Black Ball. In 2008, Reed joined a variety of stars for the SPEAK UP! benefit concert to mark the fifth anniversary of the war in Iraq, and in 2011 he joined Cyndi Lauper for her True Colors Fund Home For The Holidays concert.

One of Reed’s most unusual charity appearances was in 2008, when he took part in a celebrity charity karaoke show at Ronnie Scott’s Jazz Club in London to benefit the Hoping Foundation.

Lou Reed was a great believer in peace, and supported 2009’s World March for Peace and Nonviolence. His work saw him collaborate with Bono and U2, and he joined the Irish legends – along with an assortment of stars – for the (RED)NIGHTS charity concert at Carnegie Hall in 2009. Raising money for (RED)'s mission to eliminate AIDS in Africa, the concert saw Reed jam The Velvet Underground’s Sweet Jane with U2, Rufus Wainwright and others.

Reed was also an animal lover, and helped Farm Sanctuary and Russell Simmons celebrate turkeys at a Thanksgiving concert in November, 2009.

A satellite of love, and a true artist with a heart of gold, Lou Reed will live on in the music and legacy he left behind.