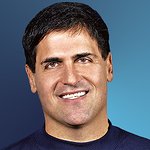 Here’s your chance to experience Super Bowl week and help charity at the same time.

CharityBuzz.com has a number of celebrity and VIP experiences going under the hammer, which will give you never-to-be-forgotten experiences while doing good.

Among the auctions lots are:

To access these and many more auctions, visit CharityBuzz.com.