Miranda Hart To Warm Up The UK For Sport Relief 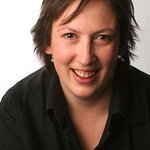 Comic Relief and the BBC have revealed that comedian Miranda Hart will lead the nation in an aerobics work out as part of the Sport Relief Night of TV on Friday 21st March on BBC One.

Recorded especially for Sport Relief, the warm up routine will include Miranda’s unique take on the Mo-bot and the ‘front crawl’ and the public will be encouraged to grab whatever object they can to shake, shimmy and sashay along with Miranda to ’I’m in the Mood for Dancing’ by the Nolan Sisters.

Miranda hopes that her maracas work out will get everyone in the studio at Queen Elizabeth Olympic Park and viewers all around the country up on their feet dancing during what promises to be a spectacular night of entertainment.

Miranda Hart said: “As the fittest woman in Britain it felt right that I should lead the nation in a warm up for the Sport Relief Night of Television. I will be using my maracas for the little work out (you are making up your own jokes) but people at home joining in can use household objects instead – why not shake a whisk. Look out for my favourite move, what I call the Crazy Crab and two special guests also coming along to play with my maracas (stop it). It should be a great way to get the nation going for Sport Relief night.”

Del Boy and Rodney will be back on TV screens with a special Only Fools and Horses Sport Relief sketch, featuring one of the show’s biggest fans – David Beckham. Four brave Paralympians will swap their sports kit for sequins and will take on a group dance challenge in a Sport Relief Does Strictly special, with Tess Daly revealing the judges favourite on the night. While John Bishop and Sebastian Coe will captain two teams of celebrities in a unique sporting competition, the Clash of the Titans, which will see celebrities compete in rhythmic gymnastics, synchronised swimming, track cycling and a swimming relay.

The Sport Relief Weekend takes place from Friday 21st to Sunday 23rd March and for the first time ever the public can run, swim or cycle in the brand new Sainsbury’s Sport Relief Games. For more information on how to join in the fun and games, raise cash and changes lives go to sportrelief.com.

Money raised from Sport Relief will be spent helping some of the poorest and most disadvantaged people in the UK and around the world.