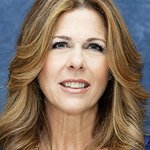 The Shakespeare Center of Los Angeles (SCLA) presents its 24th Annual Simply Shakespeare benefit reading of “As You Like It,” September 22, 2014 at the Freud Playhouse, UCLA Campus.

The evening includes a pre-show cocktail reception, followed by a post performance reception with the cast. All proceeds from the event support the SCLA and its arts based veterans employment and youth employment programs for inner-city youth, arts education in local schools, and professional union contracted productions at the Japanese Garden on the grounds of the West Los Angeles Veterans Medical Center.

The Entertainment Industry Foundation (EIF), as a leading charitable organization of the entertainment industry, has distributed hundreds of millions of dollars to support charitable initiatives addressing critical health, education and social issues.

Since 1985, SCLA has been a vibrant hub of unique programs, performances and events designed to make Shakespeare accessible and engaging to all. SCLA continues to build community through its innovative outreach programs including “Will Power to Youth,” an academic enrichment program that combines hands-on artistic experience with paid job training and arts education for at-risk youth.

SCLA’s “Veterans in Art” program represents an innovation in veterans programming that explores how the arts can contribute in a meaningful way in the efforts to assist veterans to recover and reintegrate into mainstream Los Angeles civilian life.

The SCLA Simply Shakespeare reading of “As You Like It,” is made possible by the support of its Title Sponsor, Entertainment Industry Foundation and Premiere Sponsor, Deutsche Asset & Wealth Management.