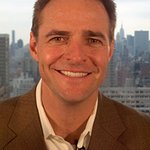 Throughout the event, celebrity participants act as guest traders taking calls from clients on BTIG’s global trading floors alongside the firm’s institutional traders. While working with some of their favorite stars on Charity Day, clients raise funds for hundreds of charities, many of them supporting children in need worldwide. Commissions generated from the trades executed by BTIG on Charity Day are donated to charities nominated by BTIG clients and the firm’s celebrity guest traders.

“Between the long-term commitment from many of our celebrity participants and the generosity of our clients, media partners and employees, BTIG Commissions for Charity Day has grown into a global initiative. As a firm, we are passionate about the success of our annual event and are committed to supporting meaningful causes,” said Steven Starker, Co-Founder of BTIG. Since the event’s inception in 2003, BTIG’s clients, celebrity partners and employees throughout its U.S., London, Hong Kong, Singapore and Sydney offices, have raised more than US$30 million for hundreds of charitable organizations around the world, including over US$5 million from the May 2014 event last year.

“We are always impressed by the number of well deserving organizations that our clients and celebrity partners support and bring to our attention each year. It’s an honor to be a part of an event that makes such a significant impact on improving opportunities for children and others worldwide,” said Scott Kovalik, Co-Founder of BTIG.