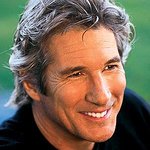 Let loose the dogs of charity this Monday, October 13, as 25 life-sized fiberglass canines decorated by celebrities are paraded through the streets of New York.

The creations will be aboard a float in the annual Columbus Day parade, and will then be sold off in an online charity auction. Among the stars who have donated their artistic talents are Richard Gere, Chevy Chase, Glenn Close, Robert Kennedy Jr., Paul Shaffer, Martha Stewart, Vanessa Williams, Stanley Tucci, Cyndi Lauper, Rachael Ray, Robin Quivers, Dan Aykroyd, and Jane Goodall.

The auction – which will run until November 1 – will benefit Green Chimneys, an organization that operates a special education school, a residential treatment center for children, and a farm and wildlife rehabilitation center in Brewster.

The auction can be accessed through the Charity Folks website.