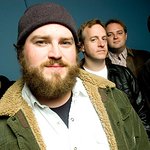 Proceeds from the annual Person of the Year tribute — now in its 26th year — provide essential support for MusiCares, which ensures that music people have a place to turn in times of financial, medical and personal need.

The 2016 MusiCares Person of the Year gala on February 13 will begin with a cocktail reception and silent auction that will offer an exclusive and unparalleled selection of luxury items, VIP experiences and one-of-a-kind celebrity memorabilia for bidding guests. The auction will be followed by a gala dinner and a star-studded tribute concert sponsored in part by STAPLES Center. During the gala dinner a live auction will feature an exciting array of items.