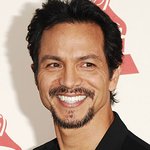 “In this year’s 2016 Republican presidential primary, the candidates crossed a line,” reads the letter. "In trying to win the nomination, every one of the leading candidates dug themselves into a deep hole pandering to the anti-immigrant base of the Republican Party that idolizes Donald Trump.

“There’s no coming back from this. We’ve seen clearly that all the leading Republican candidates have sided with the far-right at the expense of the Latino community. They’re capitalizing on negative stereotypes and inaccurate information about our community in order to win votes from the GOP base.

“Our communities have the power to decide who wins in the 2016 election. We hope that power is used to vote for candidates who support our community, share our values, and will fight for working families. Neither Trump nor any of his fellow Republican candidates meet that standard.

“Even if the eventual Republican nominee backtracks on his or her anti-immigrant sentiments, we must not forget that we’ve now seen that in the face of bigotry, the Republican candidates have chosen to turn their backs on our community. The current slate of GOP candidates has proven to us that they’ve joined and embraced the party of Trump.”

Several of the signees made statements about the letter, including America Ferrera:

“It’s critical that all Americans, and especially American Latinos, stand up to the misrepresentation of our communities coming from Donald Trump, Ted Cruz, Marco Rubio, and any other candidate running on a platform of xenophobia and fear-mongering. The way to do that is to show up on Election Day. And that means young Latinos have to register and vote. We have the numbers and potential to make a difference.”

Carlos Santana added: “To Donald Trump and the Republican candidates Spirit requires integration and total acceptance of everyone on this blessed planet. I invite you to utilize your power of wealth, to restore, amend and heal your relationship with all your sisters and brothers! It’s never too late to graduate from the university of fear! I believe in you! Your light can make a difference on our great nation-when the power of love replaces the love for power. Divinity is who you really are … LIGHT. Peace to you, your families and all your immigrant employees.”