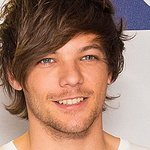 Louis Tomlinson, one quarter of the world’s biggest boyband, One Direction, has joined the star-studded line up for Soccer Aid in his first project since the band’s hiatus.

The footy-mad singer will be joining the England squad.

They will take on the Rest of the World team in what promises to be another electrifying football match on Sunday 5th June, broadcast live on ITV from Manchester United’s legendary Old Trafford Stadium, all in aid of UNICEF, the world’s leading children’s organisation.

Louis says: “I’m really excited to play in this year’s Soccer Aid event. Unicef as a charity, and its workers, continue to amaze me and helping even in this small way is a privilege.”

Unicef UK Ambassador Robbie Williams will be Assistant Manager for the England team.

England are taking on The Rest of the World squad which will be led once again by Unicef UK Ambassador and Captain Michael Sheen. He will be backed up on the pitch by Michelin-starred Chef Gordon Ramsay, pop star and presenter Nicky Byrne plus Kiss FM and ITV presenter Rickie Haywood-Williams.

The tenth anniversary match promises to be bigger, better and bolder than ever before, as the world’s biggest stars from sport, music, television and film play in a jaw-dropping game to raise money and vital support for Unicef’s work for children in danger.

Soccer Aid is the brainchild of Robbie Williams and Jonathan Wilkes and 100% of all public donations will go towards supporting the vital work of Unicef plus the money raised through profits from ticket sales will add to the incredible £17 million that has already been raised for Unicef to help provide children with nutritious food, vaccines and clean water, as well as protecting them from violence, exploitation and abuse.

The biennial live event will be hosted by Soccer Aid veteran Dermot O'Leary with Sky Sports News presenter Kirsty Gallacher once again pitch side to report on all the red and yellow action as it happens.

Go to www.unicef.org.uk/socceraid to find out more.