Tom Bergeron Returns As Host Of A Capital Fourth 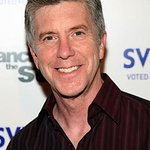 This July 4th, America’s national Independence Day celebration kicks off our country’s 240th birthday, as A CAPITOL FOURTH on PBS welcomes back Emmy Award-winning television personality Tom Bergeron (DANCING WITH THE STARS) to host the festivities.

Broadcast live on PBS from the West Lawn of the U.S. Capitol, the all-star musical extravaganza puts viewers front and center for the greatest display of fireworks anywhere in the nation.

The concert will also feature an inspiring tribute to Team USA, led by Olympic Gold medalist Scott Hamilton, honoring the U.S. Olympic and Paralympic Teams as they prepare for the Rio 2016 Games. As well, distinguished American leader General Colin L. Powell USA (Ret.) presents a patriotic celebration of the 75th anniversary of the USO. And, the broadcast marks the 100th anniversary of the National Park Service.

The top-rated, award-winning program features twenty cameras positioned around the city, including the U.S. Capitol, the White House, the Lincoln Memorial and the Washington Monument. Capping off the show will be a rousing rendition of Tchaikovsky’s “1812 Overture” complete with live cannon fire provided by the United States Army Presidential Salute Battery, an audience favorite and A CAPITOL FOURTH tradition.

The 36th annual broadcast of A CAPITOL FOURTH — which will be live-streamed online for the first time ever on Facebook Live and www.pbs.org/a-capitol-fourth — airs on PBS Monday, July 4, 2016 from 8:00 to 9:30 p.m. ET before a concert audience of hundreds of thousands, millions more at home, as well as to our troops serving around the world on the American Forces Network. The program can also be heard live in stereo over NPR member stations nationwide and will be available as Video on Demand for a limited time only, July 4 to July 18, 2016.