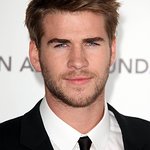 The competition this year was hotter than ever — with RZA, Ellie Goulding, Michelle Pfeiffer, and Waka Flocka Flame all up for the honor — but Liam Hemsworth and Jhené Aiko have been crowned PETA's Sexiest Vegan Celebrities of 2016.

“[A]fter all the information I gathered about the mistreatment of animals, I couldn’t continue to eat meat,” says Hemsworth, whose girlfriend, Miley Cyrus, took home last year’s title. He also credits his Hunger Games co-star — and past winner of the Sexiest Vegan Celebrity contest — Woody Harrelson for encouraging him to go vegan, insisting that he’s never felt better since making the switch. “[T]here are no negatives to eating like this,” he adds. “I feel nothing but positive, mentally and physically. I love it.”

Aiko credits vegan meals with giving her the energy to keep performing, from her powerful tribute to fellow vegan Prince at Coachella to the long days on tour and in the studio. “Having grown up with a love for and a connection to all animals as well as having been educated on the health benefits of a plant-based lifestyle, it made sense for me to go vegan,” she says. “I have more energy, my skin looks better, and, as an extra bonus, I’m happier!”