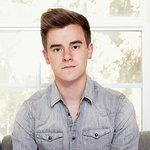 In addition, past honorees Matt Bomer and Simon Halls, Bob Greenblatt, Marilyn and Jeffrey Katzenberg, Jim Parsons and Todd Spiewak, and Julia Roberts and Danny Moder will return as honorary co-chairs for the event.

“It is such a pleasure to announce the first of our honorees for the 2016 GLSEN Respect Awards – Los Angeles,” said GLSEN Executive Director Dr. Eliza Byard. “Connor Franta has carried the message of respect to millions of young people online, and his authentic self-expression is the type that we envision for all of the youth we serve.”

Connor Franta will be honored for his deep commitment to youth welfare and LGBTQ advocacy. Through his online presence that touches millions of youth, he has elevated GLSEN programs, such as GLSEN’s Day of Silence, and is collaborating with GLSEN on a charitable campaign in partnership with Connor’s Common Culture lifestyle brand.