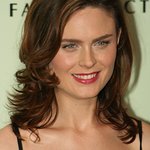 Farm Sanctuary, with co-chairs, Tracey Stewart and Emily Deschanel, will host their annual Gala at the renowned Beverly Wilshire Hotel on November 12th to celebrate 30 years of rescue, education and advocacy for farm animals, the largest population of abused animals on Earth.

Farm Sanctuary, with a 26 acre Los Angeles area shelter and sanctuaries in Orland, CA and Watkins Glen, NY, works to educate people nationwide about farm animal abuse and the adverse effects of factory farming on our health and environment. Jon and Tracey Stewart will also be opening a location at their New Jersey farm in Spring 2017.

Comedian Kevin Nealon will host the evening, featuring many honorees, including Kat Von D who will receive the “Compassion in Action Award.” Crossroads Restaurant will be presented with the “Inspiration Award,” among other surprises.

A favorite charity of celebrities like Martha Stewart, Ryan Gosling, Alec Baldwin, Ellen DeGeneres, and James Franco, as well as Jon Stewart, Farm Sanctuary is expecting a star-studded turnout at their 30th Anniversary Gala. The evening will feature a 100% plant-based dinner with favorites made using Gardein products, live entertainment and a farmer’s market style gift station to encourage guests to cut down on waste and take home the products they will use most.

Farm Sanctuary President and Co-Founder Gene Baur, who was recently selected by Oprah Winfrey to be a part of her SuperSoul 100 and who TIME magazine calls “the conscience of the food movement,” is a native Angelino, growing up in the Hollywood Hills. As a nod to his days traveling across the country selling veggie dogs at Grateful Dead concerts, Baur’s original VW Westphalia van will be serving vegan hot dogs at the 30th Gala.

“We’re excited to gather fellow advocates and supporters under one roof to celebrate Farm Sanctuary’s accomplishments over the past 30 years. We’re using this special occasion to applaud how far we’ve come, but also to continue our mission of revealing the truth behind factory farming practices, saving animals from abusive conditions, and changing how society views and treats farm animals. With tireless advocates and co-chairs, Tracey Stewart and Emily Deschanel, we are looking forward to raising awareness and further advancing our cause in Los Angeles, country-wide and beyond,” said President and Co-Founder Gene Baur.

Bruce Springsteen Performs at the 15th Annual Stand Up For Heroes in NYC Nov 12, 2021

Stand Up for Heroes (SUFH), New York’s highly anticipated night of hope, healing and laughter, returned for its 15th annual celebration to honor our nation’s impacted veterans and their families, on Monday, November 8th at Alice Tully Hall at the Lincoln Center for the Performing Arts. More →