Zendaya To Be Honored at 2017 GLSEN Respect Awards - Los Angeles 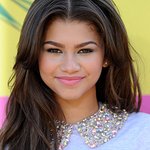 GLSEN, the leading education organization creating safe and inclusive schools for LGBTQ youth, will honor actress and activist Zendaya with the Gamechanger Award at the 2017 GLSEN Respect Awards.

The gala will be held on Friday, October 20th at the Beverly Wilshire Hotel.

Zendaya will receive the award for her activism and for inspiring young people around the world. She utilizes her platform to connect with millions every day, taking a stand for women, people of color, and LGBTQ people whose rights are under attack. Her most recent speech at the Teen Choice Awards is a call to action for young people to raise their voices for change. Additionally, Zendaya has lent her time and support to numerous educational causes, including Communities in Schools and Donors Choose.

“GLSEN is honored to recognize Zendaya with the Gamechanger Award for her commitment to social justice,” said Eliza Byard, Executive Director, GLSEN. “This award was created to spotlight the next generation of leaders, and Zendaya, unafraid to raise her voice on a host of issues affecting LGBTQ students and other marginalized communities, clearly exemplifies that leadership.”

The GLSEN Respect Awards, introduced in 2004 and held annually in Los Angeles and New York, showcase the work of students, educators, community leaders, and corporations who serve as exemplary role models and have made a significant impact on the lives of lesbian, gay, bisexual, transgender, queer, and questioning (LGBTQ) youth. Past Los Angeles honorees include: Jessica Biel and Justin Timberlake; Julia Roberts and Danny Moder; Marilyn and Jeffrey Katzenberg; Bob Greenblatt; Shonda Rhimes; Matt Bomer & Simon Halls; and Kate Hudson. The GLSEN Respect Awards – Los Angeles will welcome approximately 600 guests, including outstanding youth leaders and educators from around the country, raising more than $1 million in support of GLSEN’s work.