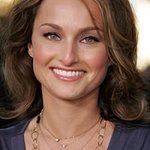 Taking over the Big Apple again this Fall, the Food Network & Cooking Channel New York City Wine & Food Festival presented by Coca-Cola (NYCWFF) returns for its 10th anniversary October 12 – 15, 2017. With a variety of new tastings, panels and parties for attendees to enjoy while they EAT. DRINK. END HUNGER. at NYCWFF, there are a selection of events to fit everyone’s taste buds and budget at this year’s edition.

For the femme fatale:

• As part of the Bank of America Dinner Series presented by The Wall Street Journal, acclaimed Chef Alain Ducasse hosts a celebration of women in the kitchen at his widely-lauded Benoit Bistro, on Thursday, October 12. Benoit’s newest Executive Chef Laëtitia Rouabah has tapped a “who’s who” of rising star female chefs from across the city, including Melissa Rodriguez, Executive Chef at Del Posto; Emily Yuen, Executive Chef at Bessou and Abby Swain, Pastry Chef at Fowler & Wells, to give guests a taste of how these fierce females are mixing things up in the kitchen.
• That same night, FOOD & WINE Best New Chef Angie Mar opens her kitchen at The Beatrice Inn to welcome Brooklyn’s Delaware and Hudson Chef Patti Jackson. Together, this dynamic duo will collaborate on a menu reminiscent of fare found in New York City’s classic “red sauce” joints and showcase the carnivorous prowess that Mar is known for.
• Vivacious Food Network star Anne Burrell will host a brand new NYCWFF event at Industria in the West Village, inviting fans to join her for Ladies’ Night: Craft Cocktails and Big Bites with Speed Rack presented by Sipsmith Gin on Friday, October 13. NYCWFF has collaborated with the women of the nationally-known cocktail competition Speed Rack to curate an all-star cast of female mixologists and chefs to shake things up at this late-night soirée featuring tunes from DJ CherishTheLuv.

Beats and eats:
For passionate fans looking for a mix of all-star fare and entertainment, NYCWFF features two star-studded opportunities to experience the best in food and music.
• To kick-off the 10th anniversary weekend, Rock & Roll Hall of Fame inductee and worldwide rap personality Rev Run will take to the tables at Smorgasburg presented by Thrillist hosted by the Cast of Chopped on Thursday, October 12.
• In celebration of NYCWFF’s 10th Blue Moon Burger Bash presented by Pat LaFrieda Meats hosted by Rachael Ray on Friday, October 13, the Grammy Award-winning, Platinum album-selling group Naughty by Nature will perform at this iconic burger competition.

Tickets to these events and more at NYCWFF’s 10th anniversary are on sale now, online at nycwff.org or by calling (800) 764-8773. Including returning fan-favorites and an array of new soirées, more than 70 events will take place at locations across New York, with 100% of the net proceeds benefiting the hunger-relief organizations Food Bank For New York City and No Kid Hungry. To date, NYCWFF has raised more than $10 million to support the fight to end hunger.

Between NYCWFF and its sister Food Network & Cooking Channel South Beach Wine & Food Festival, which takes place each February in Miami, Florida, more than $36 million has been raised to benefit the respective charities for each Festival. Beyond the funds raised, both Festivals draw attention to the vibrant dining culture in their respective cities, provide economic stimulus in their communities, and serve as an invaluable platform to drive awareness, engaging and inspiring people to get involved in philanthropic activities. 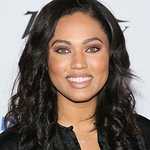