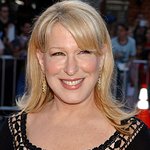 Midler will introduce her The Politician co-star Ben Platt, who is set to perform at the Awards. GLAAD previously announced that multi award-winning actress Sarah Paulson and Golden Globe-winning actor Matt Bomer will present the Vito Russo Award to award-winning screenwriter, producer, and director Ryan Murphy at the New York ceremony. Lilly Singh, openly bisexual executive producer and host of NBC’s A Little Late with Lilly Singh, will host the Awards.

Jimmy Fallon will present the award for Outstanding Broadway Production, a category that makes its return to the GLAAD Media Awards for the first time since 2014. Nominees in the category include Choir Boy, The Inheritance, Jagged Little Pill, Slave Play, and What the Constitution Means to Me.

GLAAD also announced that Adam Lambert and his organization Feel Something Foundation have partnered with GLAAD to give fans a chance to win a live FaceTime call from Lambert at the GLAAD Media Awards in New York on March 19. Each donation of $20 towards GLAAD’s LGBTQ advocacy efforts is an entry to win. The sweepstakes are open now until March 13. For more information on how to enter, click here. GLAAD previously announced that Adam Lambert will open the GLAAD Media Awards in New York with a special performance.

Beloved actress, singer, songwriter, and comedian Bette Midler has garnered accolades across all facets of show business. Midler’s expansive body of work has been recognized with four Grammy Awards, two Academy Award nominations, three Emmy Awards, one Tony Award, three Golden Globe Awards, and nine American Comedy Awards. Midler began her legendary career as an entertainer in 1965 in New York and has long been one of the LGBTQ community’s most vocal and outspoken allies. Most recently, Midler stars alongside Judith Light and Ben Platt in Ryan Murphy’s Golden-Globe nominated series, The Politician, which is also nominated for a GLAAD Media Award this year.

GLAAD previously announced that award-winning actress, producer, and activist Judith Light will be honored with the Excellence in Media Award and award-winning screenwriter, producer, and director Ryan Murphy will be honored with the Vito Russo Award at the New York ceremony at the Hilton Midtown. Lilly Singh, openly bisexual executive producer and host of NBC’s A Little Late with Lilly Singh, will host the Awards. Transgender actress and advocate Nicole Maines (Supergirl), beauty guru and YouTube personality Patrick Starrr, actor and activist Jesse Williams (Grey’s Anatomy), transgender model, advocate, and producer Geena Rocero, and HuffPost editor-in-chief Lydia Polgreen will also present during the event. Additional previously announced special guests will include Jaboukie Young-White (comedian and correspondent on The Daily Show with Trevor Noah), actress Emily Hampshire (Schitt’s Creek), and the cast of Pose.

Women’s Equality Day honors the anniversary of women’s right to vote – a major milestone on the journey towards equal rights for women. As we celebrate the many bold, trailblazing women of the past and deepen the brand’s commitment to the next generation of groundbreaking female leaders, Johnnie Walker proudly launches the next phase of its ‘First Strides’ initiative to help close the gender gap in leadership. More →