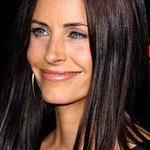 Spirit of Women Health Network and Carlos by Carlos Santana footwear announce today the opening of bidding for the Spirit of Women Red Shoe Celebrity Auction, an online auction of celebrity-autographed footwear that will benefit several health organizations, including the National Stroke Association and P.A.D. (Peripheral Arterial Disease Coalition). Shoes up for auction were autographed by celebrities including Courteney Cox, Nicollette Sheridan and Carlos Santana.

“While women are typically the caretakers of their families, they often fail to take action for their own health,” said Josh Davis, president, Spirit of Women. “We hope this auction will catch women’s attention by encouraging them to take action for their heart health while simultaneously giving them a wonderful opportunity to raise money for important women’s heart health issues.”

The Red Shoe Celebrity Auction is the national cornerstone of “The Red Shoe Initiative”, a national health education and action campaign that aims to encourage women on a local level throughout the year to take important steps for their heart health.

Other stars involved in the auction include Brenda Strong, Felicity Huffman and Laila Ali. Each of the participating celebrities has autographed a single shoe of the six red pairs donated by “Carlos by Carlos Santana” footwear, which will be on display at www.spiritofwomen.com/donate and auctioned in September.

In addition to the online auction, the 2007 The Red Shoe Initiative will include local “Red Shoe” events in communities across the United States. Each event will take on the flair and character of the community that serves as a host. These events will consist of evening receptions, fashion shows, and various activities in skating rinks and other venues that encourage women to take action for their heart health.

An additional auction scheduled to coincide with “Day of Dance for Women’s Health”, which takes place on February 23, 2007, is expected to include shoes autographed by other high-profile celebrities.

“Carlos by Carlos Santana” fashion forward footwear reflects the dynamic passion and energy that defines the music of Santana. Hip, fun and fashionable, Carlos brand shoes are available in a rainbow of contemporary styles sporting the latest trends in materials, colors, shapes and detailing. The vibrant “Carlos by Carlos Santana” line donates a portion of it proceeds from sales to the Milagro Foundation.

Best known for the legendary group that bears his name, Carlos Santana has been an elemental force in global musical culture for almost four decades. Since Santana’s landmark 1969 debut album and explosive performance at Woodstock that year, Santana has sold over 100 million records and performed for more than 100 million fans internationally. Carlos’ many major awards include a record-tying nine GRAMMYs for a single project for 1999’s Supernatural, as well as three Latin GRAMMYs and scores of other music and humanitarian honors. As central to Santana’s identity as his visionary artistic legacy is his spirit of giving back – in 1998, Carlos and his wife, author Deborah Santana, established the Milagro Foundation, which has granted over $2 million to organizations supporting underserved youth in the areas of health, education and the arts worldwide. For more information, visit www.santana.com

The Spirit of Women Health Network is a national coalition of hospitals and healthcare facilities in more than 70 U.S. cities joined together to improve women’s health by inspiring access and action on local, regional and national levels. Utilizing national resources to improve healthcare in local communities, Spirit of Women aims to educate and care for women in a unique way that emphasizes total well-being — body, mind, and spirit – and impacts all aspects of a woman’s life, including family, health and work. Though a variety of means, including educational events, networking opportunities, consumer loyalty programs, national awards, and promotion of research, Spirit of Women addresses health topics such as menopause, cancer, incontinence, diabetes, cardiovascular disease, healthy pregnancy, and many more. For more information, visit www.spiritofwomen.com/donate.

We Are HopeMob! (Narrated by Eva Longoria)