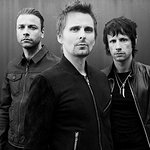 This year’s 35th infamous awards luncheon held to raise money for Nordoff Robbins will be hosted by British music mogul Sharon Osbourne. The event will take place on Friday 2nd July and will be attended by guests including the music industry’s high fliers, artists, celebrities and supporters of Nordoff Robbins. Also being honored are boyband JLS and Scouting For Girls.

“We are so honoured and humbled to be winning such a prestigious award,” said members of JLS, who will receive the Best Newcomers accolade. “There are so many amazing new artists at present and to be considered, let alone win the best newcomer award is truly incredible. We are so grateful, and delighted to be attending an event that does so much good work.”

Relentless, innovative and creatively uncompromising, Muse has garnered extraordinary critical praise and built a fanatically loyal international fan following. Their latest and fifth studio album "The Resistance " has been called “Astonishing … the UK rock record of the year,” by NME, while Q raved, “For sheer bravado and imagination Absolution is something that few bands will top”.

“We are delighted to be presented this year’s Nordoff Robbins Silver Clef and join the ranks of such Artistes as Robert Plant, David Bowie, Pink Floyd, Elton John and The Who," said members of Muse. “Nordoff Robbins is an exceptional charity that has a positive impact on so many people’s lives, and we are very proud to be recognised by them in this way”

The irrepressible Sharon Osbourne will be the hostess at this year’s inaugural show held at London’s Hilton. The music manager, celebrity and wife of singer-songwriter Ozzy Osbourne is delighted to be keeping this years show in order.

“Nordoff Robbins is one of my favourite charities, I look forward to what’s looking like a fabulous day,” she said.

With an impressive roll call of previous Award winners and industry favorites, including Take That, Oasis, Paul Weller and Coldplay, this year’s event will be no exception and will feature winners of the highest talents and caliber. Now in its impressive 35th year, the 02 Silver Clef Awards Lunch is a highlight in the music social calendar. The event, which has so far raised over £7.5million for Nordoff Robbins, also features an auction of one-off music memorabilia items and other money-can’t-buy items.

More awards winners and attendees to be announced. Find out more here.