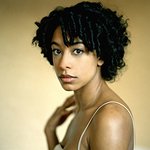 If one word can be used to describe the rise to fame of English R&B singer Corinne Bailey Rae, it would be “meteoric”. In the space of two short years, from the release of her debut EP “Like A Star” in October 2005, to three Grammy Award nominations for her eponymous first album in 2007, the 28-year-old soul singer has made a lasting effect on people all over the world. And it’s not just fans who are benefiting from the star’s talents. Bailey Rae has quickly proven herself to be one of the most philanthropic and human-minded artists in the industry today.

Born in the English city of Leeds to a West Indian father and a Yorkshire mother, Bailey Rae found her love of music early.

“I started off singing in church,” said the singer, whose voice drips with shades of Billie Holiday. “People always think it must have been a gospel church… but it wasn’t gospel at all. It was just your regular brethren church, very middle class, where we would sing these harmonies every Sunday. It was always my favorite part of the service, the singing.”

A classically trained violinist and English Literature graduate, the singer was passionate about music from a young age, and although she would later become famous for her soulful R&B style, her early forays into music were not what you would expect – her first influence was Led Zeppelin.

“I loved that band during my teens,” she laughed when remembering her early influences. “I wanted, somehow, to follow in their footsteps, and to create music of my own.”

Her involvement with a short-lived but popular Indie band, Helen, led the young artist to develop her songwriting skills and move into the genre of soul, a style it seems she was born to sing.

“I am a huge fan of jazz, but not the muso kind,” she said. “I hate all the noodling, which is why I love classic songs – they are so pure and succinct. That’s what I tried to do with my own songs. They are short and sweet, to the point. I like the idea of leaving people wanting more, not less.”

Her first album, “Corinne Bailey Rae”, was released in February 2006, and features the hit singles “Like A Star” and “Put Your Records On”. It went triple platinum in Britain, and created history by entering the Billboard chart at number 17 – the highest ever chart debut for a UK artist in the US.

“It’s a little bit of everything,” said Bailey Rae, describing the album. “It’s chilled out, acoustic, kooky, atmospheric, and soulful.”

But with all of the awards and accolades, Corinne Bailey Rae has managed to keep both feet on the ground, and her name has already become synonymous with good causes and charitable enterprises. Earlier in 2007 she had a song included on Amnesty International's “Instant Karma” CD, and in June she played at the Live Earth concert at Wembley Stadium. In September, the singer played a stunning and heartfelt set at the Peace One Day concert held at the Royal Albert Hall.

On November 20, Bailey Rae headlined the third Together For Peace Festival in Leeds, and played to a packed house at The Wardrobe. The thrilling set, which was performed acoustically and included some new songs from her forthcoming second album, was both delicate and vibrant, and highlighted the many vocal talents of the young singer. The concert raised funds and awareness for a variety of organizations that deal with vulnerable women, especially those who suffer from domestic violence and sex trafficking. Charities that benefited from the event included Together For Peace, The Truth Isn't Sexy, Joanna, Leeds Women’s Aid, Sahara, and the STOP Project. During the evening, stories of women who had been helped to escape life-threatening violence were told, which brought to life the concert’s meaning.

Bailey Rae’s involvement with benefit concerts looks set to continue, and the singer has agreed to perform at Nelson Mandela's AIDS Day concert in Johannesburg on December 1. The concert will support Mandela’s charity 46664 in its campaign against the HIV virus in Africa, and Bailey Rae will join other performers such as Peter Gabriel, Annie Lennox, the Goo Goo Dolls, Ludacris, Razorlight, and Jamelia at the event.

“I’m very honored to be invited to perform at the 46664 concert,” she said. “Nelson Mandela is someone who I have admired since I was a child. His application of forgiveness and justice is an example to the world, and I hope the concert will go a long way to raising awareness about HIV/AIDS.”

Bailey Rae’s interests in the plight of those in need has also led her to become an ambassador for CORD – the UK’s leading Christian charity working exclusively with refugees and people affected by conflict around the world.

“I am delighted to be involved in promoting CORD’s peace building role to a global audience,” said the singer. “People need to be made aware of the vital job that CORD is doing with those who have had to flee from war and violence, often losing everything – their families, their homes, and their belongings. Many are young people, a large number are orphans, and CORD helps them get back on their feet, to build a new life, which is why I want to lend them my support in any way I can.”

And with Christmas just round the corner, Corinne Bailey Rae is now helping to fight poverty and global hunger with a new website being launched in time for the holiday season.

www.generouspour.com is a partnership between Clos du Bois Wines and Share Our Strength, a non-profit organization that has raised over $200 million in the past to combat poverty. The website offers consumers the chance to host holiday parties to help the hungry, and also offers a free and exclusive music download from Corinne Bailey Rae.

Visitors to the sight can download party invitations, menu templates, recipe cards prepared by some of America’s best chefs, music playlists, and tips for entertaining – basically everything a “host with the most” needs to put on a party. The Party Pack also contains Share Our Strength donation cards, which can be printed out and mailed in with money collected from party guests.

A remixed version of Corinne Bailey Rae’s song, “Like A Star”, is also available, and for every download of the song, Clos du Bois Wines will give $1 to Share Our Strength.

“Clos du Bois Wines have long been a part of holiday traditions for many families,” said winemaker Erik Olsen. “This holiday season, we are asking consumers to take five for hunger – if you have five minutes, download the song. If you have five hours, host a Generous Pour party. And if you have five days, spread the word by getting your friends to host their own generous gatherings.”

If “meteoric” is the word that best sums up Corinne Bailey Rae’s rise to fame, then her comment about her involvement with Amnesty International is the best way to sum up her outlook on life:

“The reason I am a member of Amnesty is because it acts as a conscience for the world. It campaigns and screams and weeps and protests against injustice; it shames unjust governments, sets prisoners free, and promotes true freedom.”

And with a voice and talent to match her passionate and generous soul, the world is a much brighter place.