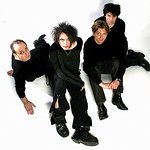 The Sudanese region of Darfur is benefiting from several new initiatives this month, all designed to raise awareness and money for the war-torn area. And the biggest effort comes from an independent record label that has waded into the music industry to put its money where its mouth is.

Waxploitation, established in 1997 by Jeff Antebi, is a label for innovative artists that has broken with the tradition of managing “producer/engineers” and instead manages artists as record producers – a huge difference in the industry, and one that has led to a huge shift in industry interests.

But not only are they challenging the way record companies operate, Waxploitation is leading the way with programs to fight poverty and hunger, especially in war-affected Sudan. The label has just released a compilation CD, featuring a host of artists who have donated songs to the effort, which has debuted at number 32 on the iTunes chart and almost sold out its first physical CD printing.

“This level of attention is not something we were expecting, given how grassroots our marketing efforts have been,” said Jeff Antebi. “But it shows the strength of the fans and artists who participated and the enormous desire to help Darfur. It’s quite telling that on iTunes people have chosen to buy the album, instead of cherry-picking individual songs. That says people are aware of how important the donation is.”

“Causes 1:Darfur” follows the label’s first charity release, “Genocide In Sudan”, and is available from www.waxploitation.com and iTunes for only 90 days to highlight the urgency of the situation.

The label has also hit the news this week by launching its fourth Darfur Benefit Auction, a massive online event that aims to raise money for the 2 million people forced to flee their homes in the wake of conflict in the region.

The auction, which can be viewed on www.ebay.com/causesauction, features a huge range of unique and collectible items, many of them personally signed by celebrities such as Kanye West, Coldplay, Macy Gray, and Gnarls Barkley. Norah Jones, Avril Lavigne, and Nickleback have all signed guitars for the auction, and other items have been donated by Sony, Xbox, Nintendo, Nokia, and Adidas.

Also joining the fight for Darfur this month is Golden Globe winning actress, Mia Farrow. The 62-year-old has launched Fund4Darfur in association with the Aegis Trust, the UK’s leading genocide prevention organization.

“I have visited Darfur seven times since 2004,” said Farrow on the Fund’s new website. “In these visits, I have seen the suffering that the people of Darfur endure. I believe strongly we should work together to give dignity and hope to survivors and enable Aegis to continue its work against genocide.”

Singer Annie Lennox has also lent her support to the initiative, and has donated a track from her new album to be used to promote the Fund.

Fund4Darfur will directly support survivors of Darfur’s ethnic cleansing, and one third of the money raised will be used to fund campaigning for the protection of Darfur’s threatened African population. Donations can be made at www.fund4darfur.org.

In the Central African Republic with Mia Farrow