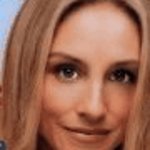 “The Michael J. Fox Foundation has one goal — accelerating the development of new treatments, and ultimately a cure for PD,” Foundation CEO Katie Hood said in remarks from the podium. “Our approach to research funding is not a traditional one. We are proactive, emphasizing calculated risk, insisting on accountability from our partners and prioritizing the work that other funders can’t or won’t. We could do none of this without you and are so grateful for your support.”

The reggae-themed evening featured a selection of crowd favorites with musical phenomenon The Roots who were joined by former UB40 front man Ali Campbell and reggae star Burning Spear. The crowd was also entertained by comedian Aziz Ansari of NBC’s “Parks and Recreation.”

A live auction raised over $130,000 and featured the following items furnished by Ryan Reynolds, a member of the Foundation’s Board of Directors:

“We work hard to use your dollars wisely for the greatest impact in the shortest time. That means investing strategically, starting the right conversations, and forging a model based on collaboration rather than competition,” Michael J. Fox told guests. “In short, it means mobilizing the PD community in pursuit of a research process that is more streamlined, more efficient and ultimately better and faster at speeding cures into patients’ hands.”

This was the 10th “Funny Thing” benefit. Since its inception, the event has raised over $47 million to support the Foundation’s aggressive research agenda.