Stars Want You To Protect The Skin You're In 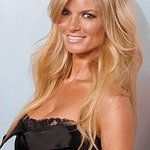 Model Marisa Miller has joined the fight against skin cancer by posing nude for a new charity campaign.

The model has swapped her swimsuit for her birthday suit Marc Jacob’s Protect The Skin You’re In campaign, with her image appearing on t-shirts and other merchandise. She joins a host of other celebrities who have appeared on shirts for the campaign in the past.

Marc Jacobs has reissued color versions of some of the most popular “Protect the skin you’re in” celebrity nude T-shirts as part of an ongoing campaign to raise awareness about the deadly skin cancer and benefit melanoma research at the NYU Cancer Institute at NYU Langone Medical Center. The campaign, which features more than a dozen celebrities baring all for skin cancer, has already raised over $1 million for the NYU School of Medicine’s Interdisciplinary Melanoma Cooperative Group (IMCG).

“The public awareness generated by the T-shirt campaign is enormous, not to mention the funds that have been raised,” says Dr. William L. Carroll, director of the NYU Cancer Institute, who notes that proceeds of the sales of the T-shirts benefit IMCG. “We are grateful for the generosity of Marc Jacobs and Robert Duffy in allowing the NYU Cancer Institute to focus on research and advancing clinical care.”

The campaign was launched in 2006 when Mr. Jacobs and his business partner Robert Duffy, president of Marc Jacobs International, LLC and a melanoma survivor, persuaded celebrities to pose in “the altogether” to raise awareness and funding for the deadly disease. Celebrities, who posed despite the advice of agents and managers, include Winona Ryder, Rufus Wainwright, Eva Mendes, Julianne Moore and Selma Blair. Photographer Brian Bowen Smith traveled around the world multiple times for celebrity photo shoots for the project, which pays tribute to the late Dr. Jesse Rubin, a former dermatologist at NYU Langone Medical Center.

“Marc and Robert have taken very personal experiences and used their creative energies to truly impact the direction of melanoma research and care here,” says Dr. Richard Shapiro, a surgeon at the NYU Cancer Institute, who treated Mr. Duffy and notes that his former patient has committed to supporting this campaign annually. “We are forever grateful.”

Helena Christensen gets to know Maribeth for World Refugee Day 2015