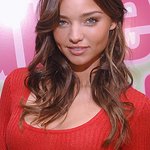 With just a day to go before hundreds of millions of people around the globe come together for Earth Hour, Victoria’s Secret supermodel Miranda Kerr will bring her passion for the sustainability of our planet to Myspace as the company’s latest celebrity ‘Hijack’.

Miranda Kerr is one of the most photographed and recognizable faces worldwide. Aside from her work commitments as an international model and businesswoman, Miranda works tirelessly to use her voice and influence to make a positive difference in the world. This year, the new mother joins forces with WWF’s Earth Hour and Myspace to unite people across the globe to work together with common purpose to protect the one thing we all have in common – the planet.

Kerr was named as an ambassador for Earth Hour 2011 earlier this month.

The Myspace ‘Hijack’ program is designed to provide celebrity influencers with control of the entire site to activate the entire global Myspace audience around one singular event. As part of her ‘Hijack’, Kerr will be curating all the content on the Myspace homepage, including her favorite music, fashion and several playlists featuring past and present Earth Hour ambassadors and supporters including; Temper Trap, Tom Jones, Nelly Furtado, Alanis Morissette and Coldplay. The ‘Hijack’ will not only provide a unique insight into the passions of one of the most beautiful women in the word but will also provide the latest news on how the Earth Hour movement is building momentum in the final few days ahead of the annual lights-out event.

“As the global ambassador for Earth Hour this year I’m excited to be in a position to reach out to the Myspace audience for such an important cause,” said Kerr. "It will be fun to share the things I love with such a huge global community as well as this year encouraging as many people as possible to go ‘beyond the hour’ and adopt even more sustainability practices in their everyday lives.

“Simple things like unplugging appliances when not in use, turning lights off and using candles instead, buying products packaged in recyclable material are all ways in which we can reduce the impact on our planet. Little things we do as a community or as individuals make a difference.”

Kerr will ask Myspacers across the world to take Earth Hour ‘Beyond the Hour’ this year. 2011 marks the start of a new phase for Earth Hour. Last year hundreds of millions of people across the world took part, but switching off the lights was only the beginning. This year Earth Hour asks people to commit to an action, big or small, that they will sustain for the future of our planet.

“Myspace was the very first social network to come on board for Earth Hour back in 2007. Fast forward to 2011 and social media has become critical to the success of our global event, so much so that the very crux of our Beyond the Hour platform has social media at its very core. I know that Miranda will be encouraging people around the world to go beyond the hour – and I’ve no doubt that we’ll see that challenge met by the passionate Myspace community,” said Andy Ridley, Co-Founder and Executive Director of Earth Hour.

The Myspace ‘Hijacks’ program is designed with fans in mind, offering users around the world access to exclusive content and creative programming curated by the celebrities, musicians, television and film personalities who they love most. For more information, click here.