Exploring The Arts With Tony Bennett At Celebrity Charity Event

When Tony Bennett makes his debut at his sold out performance at the Metropolitan Opera House on Sunday, September 18, he will be joined by Aretha Franklin, Sir Elton John and Alejandro Sanz for special duet appearances.

Franklin, John and Sanz all recorded with Bennett for his Duets CD projects: Elton John appeared on the first CD, DUETS in 2006; and Aretha Franklin and Alejandro Sanz recorded with the singer for the forthcoming follow up CD, DUETS II, set for release on Tuesday, September 20.

The evening at the Metropolitan Opera will also mark the official celebration of Tony’s 85th birthday where he will be honored at a post-concert gala hosted by Alec Baldwin. The gala is a benefit for Exploring The Arts, the non-profit organization started by Bennett and his wife Susan, to support arts education in public schools. Over $2.5M has been raised for the evening thus far.

Among the celebrated guests expected to attend the concert and gala are: Richard Gere, Bruce Willis, Katie Couric, Matthew Broderick, Martha Stewart, Joy and Regis Philbin, Jane and Mitch Winehouse, among others. Through underwriting from HBO, the SRO seating at the Met Opera will be distributed to students from around area schools, including the Frank Sinatra School of the Arts, a NYC public arts high school founded by Tony Bennett.

Exploring the Arts (ETA) is a 501c3 nonprofit organization founded in 1999 by Tony Bennett and Susan Benedetto. ETA’s mission is to strengthen the role of the arts in public high school education. ETA provides support and funding to help public high schools sustain and grow their arts programs and curricula. ETA currently has 14 Partner Schools throughout New York City’s 5 boroughs. ETA’s flagship school, Frank Sinatra School of the Arts (FSSA), was founded by Tony and Susan in Tony’s hometown of Astoria, Queens. In addition to its rigorous academic curriculum, FSSA offers 4-years majors in Film, Theatre, Dance, Fine Art, Vocal and Instrumental Music. FSSA holds one of the highest high school graduation and college acceptance rates of all NYC public schools and celebrates its 10th Anniversary in 2011. Find out more here. 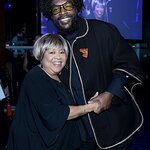