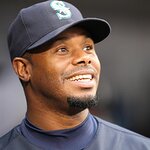 Working in concert with their respective foursome of amateur golfers, Griffey, Jr. shot a 19-under par 53 in the first round of the celeb-am Thursday, while Wright’s team shot a sensational 22-under par 50 during Friday’s second round. Griffey, Jr.‘s team tied host Michael Jordan’s foursome but earned the win via tiebreaker.

Returning to Shadow Creek, MJCI marks only the second time the exclusive golf course will open its doors to the public. Proceeds from the charitable tournament will benefit the Make-A-Wish Foundation, UC San Diego Nevada Cancer Institute, James R. Jordan Foundation, Opportunity Village and Cats Care, the NBA’s Charlotte Bobcats’ charity arm. Since its inception in 2001, MJCI has raised more than $6 million for charity.