Jane Krakowski To Be Honored By City Of Hope 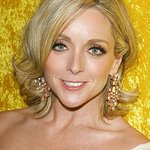 City of Hope’s East End Chapter/Jeanne Kaye League will present the three distinguished women with its top philanthropic honor in recognition of their professional achievements, charitable contributions and personal commitment to the fight against women’s cancers.

The luncheon and J. Mendel fashion show will benefit lifesaving research, treatment and education programs at City of Hope.

“I am honored to be recognized by an organization that improves the quality of life for patients with cancer and their families,” said Krakowski. “City of Hope is leading the way in research, treatment and education in order that more lives can be saved. I believe in City of Hope’s mission and encourage everyone to support this outstanding institution.”

“My personal experience of fighting and surviving breast cancer could not have happened without the extraordinary advances in scientific research and medical treatment at institutions like City of Hope,” said Sokol. “I am grateful to be acknowledged by an organization that embodies hope and provides compassionate care to patients and their families.”

“I am honored to be recognized by an organization that I have supported for so many years,” said Levine. “I continue to be amazed by the dedication and generosity I have seen in City of Hope physicians, researchers, staff and volunteers – all of whom work tirelessly every day to create a future free from the devastations of cancer and other life-threatening diseases.”

Tony Award winner and three-time Emmy nominee Krakowski currently stars as “Jenna Maloney” in NBC’s Emmy Award winning series 30 Rock. Krakowski, along with the 30 Rock cast, won the 2009 Screen Actors Guild Award for Outstanding Performance by an Ensemble in a Comedy Series. She has been recognized by the Academy of Television Arts and Sciences for the past three consecutive years, receiving Emmy nominations for Outstanding Supporting Actress in a Comedy Series. Krakowski received the 2003 Tony Award for her stunning portrayal of “Carla” in the Broadway musical Nine, opposite Antonio Banderas. Her performance in Nine also earned her the Drama Desk Award and the Outer Critic’s Award.

Sokol is widely considered one of the fashion industry’s most distinguished and highly-regarded top executives. The current president and chief operating officer of J. Mendel, Sokol has served in executive positions for high-profile brands Vera Wang, Michael Kors, Pegasus Apparel Group/Leiber Group, Donna Karan International and Calvin Klein Inc. She has repeatedly taken companies to their next level of success.

Throughout her extraordinary career in the apparel and accessory industry, Sokol has demonstrated compassion and support for a number of local and national charities. She is a dedicated advocate for women’s health and research into women’s cancers.

Levine has dedicated herself to charitable endeavors since leaving a successful teaching career in the New York City public schools. She has volunteered with City of Hope’s East End Chapter/Jeanne Kaye League for almost two decades, serving as co-president for most of those years. In recognition of her exceptional service, she received the Tabak Award at City of Hope’s National Convention in 1997. Levine is also vice-president of the auxiliary at NYU Langone Medical Center, where she has chaired many fundraising events.

She received the Hospital Auxiliant Volunteer Achievement Award from United Hospital Fund for her work with NYU. Levine is a life member of both the National Council of Jewish Women and the Brandeis National Committee.

“We’re proud to recognize these extraordinary women for their professional leadership and commitment to raising awareness for women’s cancers,” said Lisa Kaye Fuld, co-president, East End Chapter/Jeanne Kaye League. “Their achievements and personal stories provide hope and inspiration to women who are fighting cancer around the world.”

Scientists with City of Hope’s Women’s Cancers Program are investigating the biology of breast, ovarian and endometrial cancers as well as interventions that could reduce cancer risk for all women. Researchers are identifying new treatments and prevention methods. They are also examining issues that affect women with cancer and their families, such as spirituality, the emotional impact of cancer on caregivers, and other quality-of-life issues. To learn more about City of Hope’s Women’s Cancers Program, click here.