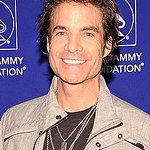 Pat Monahan of Train will perform a special acoustic set at the annual Riverkeeper Fishermen’s Ball in New York on Thursday.

Riverkeeper will present the Big Fish Award to Participant Media in 2012, in recognition of their outstanding films and social action campaigns on environmental issues including the plight of our freshwater supplies. Participant Media has been a leader in fostering broad awareness of water issues through films such as Oceans and Last Call at the Oasis, and in highlighting the role of ordinary citizens in protecting our water supplies. Their work speaks to the principles that Riverkeeper was founded on: that access to clean water is a basic human right and that water resources belong to, and are the responsibility of, the public.

As Riverkeeper marks the 40th anniversary of the U.S. Clean Water Act in 2012, Participant Media’s work reminds us that water is essential to our ability to survive and succeed, and as such is a resource requiring our constant and unerring protection.

The event takes place on April 26 at Pier 60, Chelsea Piers, 23rd Street and the Hudson River. More info can be found here.