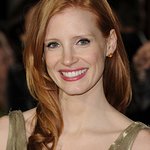 Who will be named PETA's Sexiest Vegetarian Celebrity of 2012? Will it be a longtime vegetarian such as Jessica Chastain and Woody Harrelson, or will newly vegan husband-and-wife team Ben Stiller and Christine Taylor take top honors?

PETA asks visitors to cast their votes at PETA.org for the most sizzling man and woman out of a field of 100 of Hollywood’s hottest.

Chastain’s 15-year commitment to meat-free meals led her to chow down on vegan fried chicken during one scene in The Help—a tactic that the decades-long vegan Harrelson also adopted when he dined on vegan faux Twinkies during Zombieland. Joining these vintage vegetarians in the poll are Anne Hathaway, who has been moving toward a meat-free diet since she was 12, and 2011’s Sexiest Vegetarian, Russell Brand, who went vegetarian at age 14 and writes that he won’t eat fish “because it’s cruel to them, the lovely little things.”

Among the finalists who more recently embraced meat-free meals is Bill Clinton, who won PETA’s 2010 Person of the Year Award for opening up about how his vegan diet drastically improved his health—and who recently inspired Michelle Pfeiffer to follow his example. They are joined by Ben Stiller and Christine Taylor, who are going vegan with their kids, and Meredith Vieira, who recently went vegan.

The contest runs through June 27 at 5 p.m. ET. Winners will be announced on June 28. For more information and to cast your vote, please visit PETA.org.