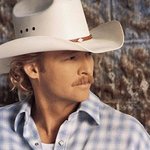 With musical acts ranging from a 16-year-old heartthrob to a classic rock band, the 2013 Houston Livestock Show and Rodeo offers entertainment for everyone from teenagers to baby boomers.

The 2013 Houston Livestock Show and Rodeo runs Monday, Feb. 25, through Sunday, March 17. The Show is a charity that benefits youth, supports education, and facilitates better agricultural practices through exhibitions and presentation. Since its beginning in 1932, the Show has committed more than $330 million to the youth of Texas. For tickets and more information, visit www.rodeohouston.com.