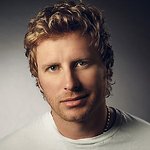 The Academy of Country Music and dick clark productions have announced that Country Superstars Dierks Bentley, Keith Urban and Lady Antebellum, along with International Music Sensation Pitbull have been added to the all-star lineup of artists scheduled to perform at the ACM PRESENTS: TIM McGRAW’S SUPERSTAR SUMMER NIGHT, taping Monday, April 8, 2013 at the MGM Grand Garden Arena in Las Vegas.

These artists join previously announced performers Jason Aldean, Luke Bryan, Taylor Swift and Ne-Yo. The special will be broadcast at a later date on the CBS Television Network.

Fifteen-time ACM Award winner Tim McGraw is spotlighting the hottest music of the summer and calling on his friends to help kick off the 2013 touring season. ACM PRESENTS: TIM McGRAW’s SUPERSTAR SUMMER NIGHT will feature high-octane performances and musical collaborations in a two-hour, star-studded concert event to benefit ACM Lifting Lives, the philanthropic arm of the Academy of Country Music dedicated to improving lives through the power of music.

Tickets for ACM PRESENTS: TIM McGRAW’s SUPERSTAR SUMMER NIGHT are on sale NOW at Ticketmaster, priced at $105, $155 and $205. Proceeds from ticket sales will benefit ACM Lifting Lives, the charitable arm of the Academy, and an organization that McGraw was closely affiliated with during his last tour. 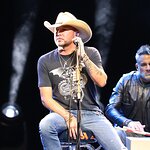