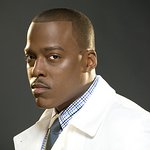 Won-G is an American rapper, philanthropist and entrepreneur, known for his pioneering methods which help independent artists distribute and market music to the world.

Won-G strives to help children’s causes of all kinds. He is a Director of City Lites, an organization that supports inner city youth, and is the International Ambassador for Autism. Won-G also helped raise funds with Former First Lady Laura Bush for the reconstructive surgery on Bibi Aisha, a victim of Taliban violence.

An advocate of education, he launched a stay-in-school tour which saw him speak and perform at more than 300 high schools across the United States.

Originally born in Port-Au-Prince, Haiti, he continues to support the people there. In the days following the devastating earthquake in Haiti, Won-G led a non-profit group of doctors into his country, where they were able to transform a church into a 120-bed hospital and perform 46,000 operations. They served 320,000 hot meals during this time.

Won-G established the One Dome at a Time Foundation to build low-cost, eco friendly ‘dome’ housing that withstands natural disasters and lasts for hundreds of years. FEMA has rated the Domes as “Near-Absolute Protection” from earthquakes, hurricanes, tornadoes and fires. The patented dome building method uses less materials to build, less money to build, less energy to heat and cool and can be built by local labor.

Aside from his philanthropic work, Won-G founded Real Sovage, an entertainment, apparel and branding company.

Won-G has supported the following charities listed on this site:

Google trends for "Won-G"
Available to Insiders only
Get Insider Access to these insights & more...

You can contact Won-G using details from this service. (Or read our advice on how to contact celebrities) 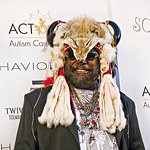 Stars Turn Out To Celebrity Charity Event For Autism Oct 29, 2010

Won-G and One Dome at a Time