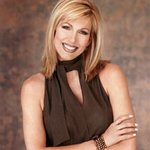 Leeza Gibbons has been entering the living rooms of America for over 25 years. Through her tenure as anchor of Entertainment Tonight in the 1980s and 90s and her popular talkshow Leeza (which garnered 27 Daytime Emmy nominations), Gibbons became a household name while highlighting her intelligence, sensitivity, and compassion.

As a presenter, producer and business woman, Gibbons exudes positivity and energy – she celebrated her 50th birthday while performing on season 4 of ABC’s Dancing With The Stars. And as well as launching her Fearless campaign to motivate women to live fearlessly at any age, she also has time to promote her own brand of mineral based makeup – Sheer Cover – and develop her Sheer Inspiration Life Coaching business. She even has a star on the Hollywood Walk of Fame. As if that isn’t enough, Gibbons also took part in Olivia Newton-John's Great Walk To Beijing to raise money for cancer treatment.

In 2003, Leeza Gibbons left her high profile television career to form the Leeza Gibbons Memory Foundation – an endeavor she dedicated to her mother, who had recently been diagnosed with a debilitating memory disorder.

“I promised my mother I would take her diagnosis of Alzheimer’s disease and use it to educate and inspire,” she said. “We’re doing that through Leeza’s Place, intimate settings in cities across the country where the newly diagnosed with any memory disorder and their caregivers can get education, empowerment, and energy free of charge as they prepare for the journey ahead.”

Leeza Gibbons has supported the following charities listed on this site:

Google trends for "Leeza Gibbons"
Available to Insiders only
Get Insider Access to these insights & more...

You can contact Leeza Gibbons using details from this service. (Or read our advice on how to contact celebrities)

Maria Shriver and Equinox Sports Clubs, the high performance lifestyle leaders in health and fitness, have a newly expanded MOVE FOR MINDS experience scheduled for Sunday, June 4, bringing together women across the country to increase awareness of Alzheimer’s as a women’s disease and raise necessary research funds to find a cure for it. More → 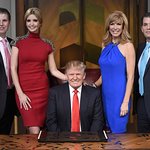 Leeza Gibbons Interview with Give Back Hollywood

$19,500 Video and Print contest for Pause to Support a Cause | Zooppa.com

“If you could hit the reset button and start over, would you? I did and I’ve found anytime is a good time for a re-do! That’s why I am so excited to tell you about the release of my brand new book, Take 2: Your Guide to Creating Happy Endings and New Beginnings,” says Leeza Gibbons. "This is more than a book to me. It’s a chance for me to share my life and the lessons I have learned with you in hopes that you’ll be inspired, encouraged and empowered enough to realize that if this is not the life you ordered, you can always call for a TAKE 2!