HomeAid is a leading national non-profit provider of housing for today’s homeless. The organization builds and renovates multi-unit shelters for America’s homeless families and individuals through local chapters in 17 markets across the country, each working with the local building industry to give back to the community.

HomeAid was founded in 1989 by the Orange County chapter of the Building Industry Association of Southern California (BIA/SC), an affiliate of the National Association of Home Builders (NAHB). In 1995, HomeAid America (HAA) was created to expand the effort throughout the country. HAA plays the role of working with local BIAs to form new chapters, get them staffed, and launch their efforts. HAA then provides support services for all the chapters in the form of licenses, insurance policies, legal templates, marketing plans and materials, regional and national conferences, online forums, and other means of support. This expansion and support effort has resulted in minimally staffed local chapters operating highly effectively in their markets.

HomeAid has provided housing for more than 240,000 individuals who have been rendered temporarily homeless due to circumstances beyond their control, including:

Through the generosity of America’s builders, their trade partners, financial institutions, and the public, HomeAid has built more than 440 project shelters with an additional 50 in development. These shelters provide more than 8,300 beds per night nationwide. Each bed serves an average of three people per year.

Rebuilding communities is something we all can do. Whether it is providing financial resources or volunteering with a local HomeAid shelter, we all work best as a team. We encourage community members and corporations alike to donate whatever resources they can to HomeAid.

You can help rebuild communities from the inside out. It takes visionary leadership from men and women who share our vision of building hope and homes. No one is immune from homelessness and every man, woman and child should have a safe, dignified place to live.

If you are interested in helping HomeAid in its fight to end homelessness, contact Susan Blen in our national office at (949) 777-1660.

HomeAid has received support from the following celebrities listed on this site:

Activity
Social reach
Google trends for "HomeAid"
Available to Insiders only
Get Insider Access to these insights & more... 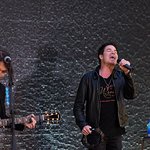 We don't have any videos related to HomeAid.