The Pancreatic Cancer Action Network is the national organization creating hope in a comprehensive way through research, patient support, community outreach and advocacy for a cure. The organization is leading the way to increase the survival rate for people diagnosed with this devastating disease through a bold initiative — The Vision of Progress: Double the Pancreatic Cancer Survival Rate by 2020. Together, we can know, fight and end pancreatic cancer by intensifying our efforts to heighten awareness, raise funds for comprehensive private research, and advocate for dedicated federal research to advance early diagnostics, better treatments and increase chances of survival.

As national spokesperson, she helped to launch the organization’s “Be a Hero in the Fight Against Pancreatic Cancer: Know it. Fight it. End it.” awareness campaign on September 14, 2010, the one-year anniversary of Patrick’s passing. The campaign, which helped to generate interest about National Pancreatic Cancer Awareness Month in November, consisted of a series of videos and messaging from Lisa, among others.

“My husband Patrick not only touched the lives of millions with his work, but also with the strength and courage he displayed during his fight against pancreatic cancer; he was a hero around the world. While it is bittersweet to mark this day, it is imperative that people understand the severity of this disease and the urgent need for increased research funding,” Lisa said when announcing the campaign. “We must engage an army of heroes in the fight against pancreatic cancer so that we can know it, fight it and end it.”

Pancreatic Cancer Action Network has received support from the following celebrities listed on this site:

Pancreatic Cancer Action Network has worked with the following companies listed on this site: 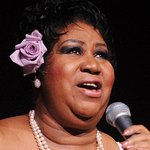 Aretha Franklin, who passed away at age 76, has left more than just a legacy of music. More →

We don't have any videos related to Pancreatic Cancer Action Network.