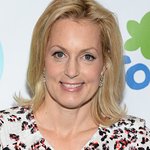 The Humane Society of the United States presents To the Rescue! New York to benefit and celebrate the organization’s animal rescue efforts.

Responsible for saving and rehabilitating thousands of animals each year, The HSUS travels across the country to help animals in need from puppy mills, dog fighting, neglect and natural disasters. The event is chaired by Howard Berk and is supported by HSUS’ Friends of Finn. Guests will enjoy a three-course vegan meal prepared by Candle 79 and Cipriani, a live auction and entertainment.

Hosted by Ali Wentworth, and with entertainment from Christina Grimmie, the event will honor Anjelica Huston with the Humanitarian of the Year Award, Heineken with the Corporate Consciousness Award and Jennifer and Alan Fournier and family with the Compassion in Action Award.