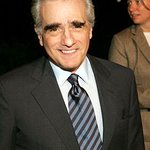 Tibet House US announced today that exclusive items have been added to the auction lot for the 13th Annual Benefit Auction at renowned auction house, Christie’s.

The new items include:

· A private screening with Martin Scorsese to view a film of choice with friends from his impressive directorial roster
· A once-in-a-lifetime red carpet and after-party experience with Ethan Hawke at the NYC premiere of his new film, “Born to be Blue”
· A diamond-studded Movado Concerto watch worn by Kerry Washington as Olivia Pope on the hit ABC show, “Scandal”
· The opportunity to work with Russell Simmons at a one-week internship at All Def Digital
· A five-day sun and surf trip at a private beachside villa in Turks and Caicos
· A one-week stay at Casa Dos Marias in Acapulco
· The VIP treatment and meet and greets at “The Tonight Show Starring Jimmy Fallon!,” “The Late Show with Stephen Colbert” and “The Dr. Oz Show.”

The auction will take place on Thursday, December 3, 2015. Proceeds from the auction will benefit Tibet House US and The Tibetan Community of New York and New Jersey.

For supporters who cannot attend the event, Charitybuzz will as the event’s official online auction partner. The Tibet House US auction will be live from November 24, 2015, to December 3, 2015, at CharityBuzz.com.

For more information regarding this year’s Auction, please contact Lynn Schauwecker at 845.688.6897 (ext. 7523) or visit www.tibethouse.us.