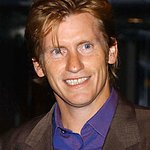 Seeing a brand and celebrity team up together to support a charity can make a big impact. Through the philanthropic efforts of your favorite brands, you too can support charitable actions. Consider supporting these following brands that have notable and exciting celebrity partnerships for good causes:

Guinness and Denis Leary have been partners in raising money for the Leary Firefighters Foundation (LFF) for over three years. Guinness has raised more than half a million dollars for the organization, which goes toward providing firefighters nationwide with quality equipment, training, education and technology. The company focuses on giving back to those who are “Made of More,” like their founder and firefighters, who show great courage without asking for recognition. They raise money through the sale of limited edition products, such as special T-shirts and an Extraordinary Irish Beers Variety Pack.

And if you need even more of a reason to support Guinness, try out their new Guinness Nitro IPA. Cheers to drinking to help out the community!

Kmart has been a supporter of March Of Dimes for 32 years, and in 2015 Jillian Michaels joined Kmart to raise funds. Michaels designed a special shirt exclusively for those participating in a March for Babies walk in their local area.

March of Dimes is committed to reducing premature births and researching treatments. As a mother and Kmart ambassador, Michaels is proud to be a part of this project and helping babies get a healthy start. Kmart also accepts in-store and online donations for March of Dimes during its yearly campaign.

Red Nose Day, held by Comic Relief, may be the most well-known philanthropic event in the world. Dedicated to ending poverty, it is held annually by the British organization.

Kate Moss, the icon for all Rimmel London products, has her own lipstick line for the company. For last year’s event, the company released a limited edition lipstick in Red Nose Red, with proceeds going to Red Nose Day. Moss starred in a fun commercial for the lipstick with comedian David Walliams, proving that besides being a supermodel, she is able to laugh at herself to support a good cause. Rimmel even swapped out their classic catchphrase for the updated “Get the Red Nose Look.”

The American Heart Association's Go Red for Women Campaign has been a popular cause in recent years. It supports women’s heart health and raises awareness by encouraging people to wear red. Macy’s has been a partner for years, and recently sponsored its Red Dress Collection fashion show during Mercedes Benz Fashion Week. Celebrity models included Ciara, Laverne Cox, Star Jones and Zendaya. Each celebrity who partnered with Macy’s for this event modeled a red dress. The models further raised awareness for the cause with testimonials explaining why they Go Red for Women.

Being a responsible patron can be as simple as researching common brands you use to assess their corporate responsibility. Put your money with brands who support good causes, and you will make a difference while you shop. 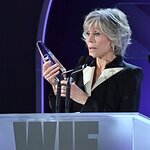 Last week, WIF (Women In Film, Los Angeles) celebrated outstanding women who are transforming the entertainment industry for the better with the 2021 WIF Honors: Trailblazers of the New Normal supported by sponsor Max Mara for the 18th year, alongside Visionary Partners ShivHans Pictures and Lexus. More →