Stars To Perform At RiseUp AS ONE Border Concert 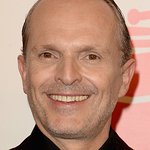 Univision Communications Inc. (UCI), the leading media company serving Hispanic America, and the Fusion Media Group (FMG), a division of UCI serving the rising American mainstream, announced today that its October 15 ‘RiseUp AS ONE’ concert – a celebration of music, diversity and unity – will be staged along the U.S.-Mexico border in San Diego, California and feature a talented lineup of artists, musicians and performers.

Sprint will serve as the presenting sponsor.

The event will be hosted by La Banda’s Alejandra Espinoza and award-winning journalist Jorge Ramos along with FUSION’s Nando Vila and Natasha del Toro. They will be joined by special guests including Gael García Bernal and Jonás Cuarón of “Desierto,” Mía Maestro, Wilmer Valderrama, and more.

The concert will be broadcast live coast-to-coast in Spanish on Univision Network and English on FUSION from 7:00-10:00pm, ET (4:00-7:00pm, PT). UCI will cover and promote the concert across its suite of platforms including its 17 broadcast, cable and digital networks and partnership, 126 local television and radio stations and an array of digital brands. For those who wish to attend this free concert, RiseUpAsOne.com will have more information about tickets in the coming days.

“The U.S.-Mexico border provides the perfect stage for this amazing event and is a way to highlight diversity and inclusion, despite borders,” said Camila Jimenez Villa, Co-President and Chief Content Officer, Fusion Media Group. “This location and our incredible lineup of award-winning artists will celebrate, through the power of music, the connectedness of our world and the positivity that occurs when we show empathy, respect and openness to one another.”

“Sprint is proud to collaborate with Univision and Fusion to bring the RiseUp AS ONE event to life, celebrating our collective community,” said Marcelo Claure, CEO of Sprint. “We are in the business of helping people connect to what matters most to them. This event showcases the very spirit of our mission to keep moving forward without borders or barriers and rising together as ONE voice / Una Voz.”

For more information about the event and to sign up for event updates, please visit RiseUpAsOne.com (#RiseUpAsOne).

Win Opening Night at Hamilton L.A. as the Guest of Lin-Manuel Miranda

Win a Trip to Hamilton San Francisco's Opening Night with the Parents of Lin-Manuel Miranda!