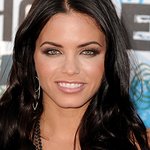 PETA has declared 2017 the Year of the Vegan Wonder Women in its annual Sexiest Vegan Celebrity contest, handing the title to Jenna Dewan Tatum, Ruby Rose, and Maggie Q in its first-ever three-way, all-female tie.

“Not all superheroes wear capes, and these three prove it by being a superhero to animals every day by choosing not to eat them,” says PETA President Ingrid Newkirk. “Jenna, Ruby, and Maggie are fierce, strong, and kind women, and PETA honors them for being beautiful inside and out.”

World of Dance host Tatum, who previously starred in a sexy vegan fashion campaign for PETA, told the Los Angeles Times last year that she encourages everyone to go plant-based since it’s better for animals, our health, and the environment: “It’s a huge one-for-three action. There aren’t many things in life that let you affect the world so profoundly with just one decision.”

“We can be the change,” says Orange Is the New Black star Ruby Rose, who is constantly tweeting about the benefits of vegan food and cruelty-free products to her more than 1.3 million followers.