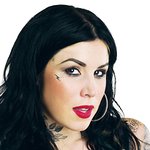 “We are honored to celebrate each of these remarkable individuals for their generosity, commitment, and myriad of contributions to our community,” said Friendly House Board Chair, Peggy Albrecht. “Our organization is fortunate to have such dedicated supporters. With their generosity, we are able to provide an environment where women can recover from the devastation of drug and alcohol addiction, help to renew family relationships and reintegrate each woman back into the community.”

Excellence in Service Award recipient Harold Owens has specialized in the field of addiction recovery for the past 27 years. In 1999, he joined the MusiCares Foundation, the charity arm of the National Academy of Recording Arts & Sciences (GRAMMY Organization). As senior director of the MusiCares/MAP Fund, he is responsible for the implementation of all aspects of its addiction recovery programs including treatment services, case management and provider contracts. He is a frequent moderator and panelist at a number of national music industry conferences that address the problems of addiction in the music and entertainment communities. Owens has served as a consultant for the State of California’s Impaired Physicians Program, implementing substance abuse treatment strategies for physicians. In October 2001 and again in 2006, Owens received Official Commendations from Mayors James Hahn and Antonio Villaraigosa for Outstanding Service in the Field of Addiction Recovery. Born and raised in Los Angeles, Owens has served as a board member for a number of nonprofit charity organizations including Miriam’s House, The Promises Foundation and Rwanda Rocks, the first music school for children and teens in Kigali, capital of Rwanda.

Eden Sassoon will be honored with the Woman of the Year Award. As the daughter of philanthropist and British businessman Vidal Sassoon, Eden was born into the spotlight, growing up in the hair industry’s most iconic family. She has blazed her own trail in the beauty world with various business endeavors and charity work. She is owner of full-service salon EDEN by Eden Sassoon in Los Angeles, that offers personalized beauty needs including hair, nails and make-up. Eden created a chic, open environment that is peaceful and relaxed so that when clients leave they feel beautiful both inside and out. Eden has also become a leader in the health and wellness sphere in Los Angeles, opening two successful Pilates studios entitled EDEN by Eden Sassoon Pilates. Eden recently appeared on the seventh season of Bravo’s international hit series “Real Housewives of Beverly Hills.” Eden is passionate about the desire to give back and is founder of Beauty Gives Back, a nonprofit organization dedicated to uniting the professional beauty industry in the fight against the global water crisis. She has led the charge to build a team of elite hairdressers to raise funds for The Thirst Project. For more information, please visit edenbyedensassoon.com..

Shining Star Award recipient Kat Von D discovered her passion for drawing and music in early childhood and was classically trained at piano from the age of 5. She is currently recording her debut album expected to release in 2017. Kat started tattooing at the age of 14, working throughout Los Angeles. In 2007, she opened up High Voltage Tattoo in West Hollywood where she’s tattooed a long list of celebrities, musicians and artists. Kat starred in the popular TLC show, LA Ink, about her renowned tattoo shop. She set the Guinness World Record for doing the most tattoos in 24 hours, donating all proceeds to charity. In 2008, Kat created her extreme performance makeup collection, Kat Von D Beauty, sold exclusively through Sephora. With the largest following amongst any beauty brand on social media, Kat showcases her creative talent and passion for artistry in her makeup line. Kat Von D Beauty is 100% cruelty free and has been reformulated to become 100% vegan. She has authored 3 books including High Voltage Tattoo, The Tattoo Chronicles and Go Big Or Go Home, all of which made The New York Times Best Seller list. Kat volunteers at the California Wildlife Center and in 2015, donated more than $100,000, from the proceeds of a beauty product. In 2016, she became a sponsor and volunteer for Project Chimps Animal Sanctuary, releasing a charity lipstick and donating the proceeds of more than $200,000. Kat also supports Farm Sanctuary, Mercy For Animals and Best Friends Animal Society. For more information, please visit www.katvondbeauty.com.

Peggy Albrecht Friendly House was founded in 1951 and was the first home in the country for women recovering from substance and alcohol abuse. It is a model for recovery homes in the United States and Europe. They have successfully treated thousands of women with a success rate of 76% compared to the hospital average of 35%. The organization is solely supported by private donations and grants and by the fundraising efforts of the Board of Directors, Grateful Hearts (former residents of Friendly House).

For more than 30 years, Board Chair Peggy Albrecht has been the organization’s guiding force. She has first-hand knowledge of what it is like to rise from the depths of alcoholism. Her own sobriety began over 46 years ago. Since then she has devoted her life to the service of others and has helped thousands of women recover with dignity and purpose in every facet of their lives. Her unwavering dedication was recognized in 2013 when Friendly House was formally renamed Peggy Albrecht Friendly House.

Peggy Albrecht Friendly House owns two residences. The Peggy Albrecht Friendly House, a seven-bedroom home built in the early 1900s, is located in the center of Los Angeles and houses 12 residents. In 2001, the William Shatner Family Foundation donated a second house in honor of his late wife, Nerine. Located in West Los Angeles, it is a five-bedroom home and accommodates 10 women. Both houses are overseen by a staff that provides full time supervision and the skills needed for genuine recovery. For more information, please visit www.friendlyhousela.org.