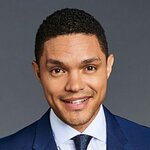 The annual Holiday Auction features the ultimate SAG Awards VIP Package, with two tickets to the 24th Annual SAG Awards Ceremony and Gala on Sunday, Jan. 21, 2018, a backstage tour, two United Airline tickets and a three-night stay at the Beverly Hilton Hotel in Beverly Hills. Other highlights include autographed film and television collectibles from Trevor Noah, Mary J. Blige, William Shatner, Sarah Michelle Gellar, Jeffrey Dean Morgan, Margaret Atwood, and the casts of “This Is Us,” “The Handmaid’s Tale,” “GLOW” and more. Also up for bid are unique gifts, such as tickets to a taping of “Will & Grace” plus a set tour and meet-and-greet with the cast, VIP tickets to a live taping of “Full Frontal with Samantha Bee,” and several SAG Awards Red Carpet Bleacher Seats packages. Bidding begins online today at 6 p.m. (PST) and concludes on Sunday, Dec. 17, 2017, at 6 p.m. (PT) at sagawards.org/auction.

A selection of Holiday Auction items will be featured in a display for invited media and publicists at the SAG Awards Nominations Announcement at the Pacific Design Center in West Hollywood on Wednesday, Dec. 13. The Actor Nominations will be announced by Olivia Munn (X-Men: Apocalypse, The Predator) and Niecy Nash (Claws, The Soul Man) and will be carried live on TNT, TBS, truTV, sagawards.tntdrama.com, truTV.com and sagawards.org, preceded by the announcement of the stunt ensemble action performance nominees at 9:50 a.m. (ET) / 6:50 a.m. (PT) carried live on sagawards.tntdrama.com and sagawards.org. The Actor Nominations also can be viewed via TNT’s Facebook, Twitter @TNTdrama and YouTube channels and TBS’s Facebook, Twitter @tbsnetwork and YouTube channels.

The following is a partial list of items up for bid at the SAG Awards Holiday Auction:

Equality Now (EN), the leading international women’s rights organization that uses the law to protect and promote women’s and girls’ rights, will hold its 30th Anniversary Gala in New York on November 15. More →