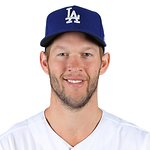 The 6th Annual PingPong4Purpose will take place the evening of Thursday, August 23rd at Dodger Stadium. Tickets and VIP packages are available now, with proceeds supporting their beneficiaries, the Dream Center and Just Keep Livin’ Foundation’s initiatives in Los Angeles, and International Justice Mission’s initiatives in the Dominican Republic.

“We are thrilled to be hosting our 6th annual PingPong4Purpose on August 23rd. The event has become an iconic part of Kershaw’s Challenge and we are so thankful for the tremendous support of the LA community and our generous sponsors,” say Clayton and Ellen Kershaw. “This event is so much fun to be part of, and it plays a significant role is supporting our amazing beneficiaries. It is a great night with an even greater cause: making life better for children living in LA and the Dominican Republic. We can’t wait for the fun and impact of August 23rd — join us!”