Stars Want To Be Millionaires For Charity 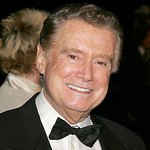 Who Wants To Be A Millionaire will make a return to American TV screens next week, with a special 11 show run.

Every night of the two-week run, a different celebrity will answer a single question to win $50,000 for the charity of their choice, and a host of stars have lined up for the chance.

The shows will be hosted by Regis Philbin and will feature appearances by:

The Who Wants to Be a Millionaire’s 10th Anniversary shows begin August 9 at 8pm on ABC.

On Giving Tuesday, Emmy-winning actor, producer and bestselling author Patricia Heaton and her husband actor, producer and director David Hunt are teaming up with World Vision to make a huge impact for children and families living in poverty. More →